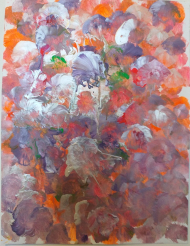 There are two challenges on which Mario Draghi’s specific contribution to the exit from the economic crisis will be judged, well beyond the crumbs that are the savings in interest expense, of a maximum of 2 billion per year (0.1% of GDP), which appear on the horizon as the spread falls. They have to do respectively with the “how much” and the “how” of the management of all the resources that revolve around the Recovery Plan, both those made available by Europe and those that will be made available from within.

On the “how much” the outgoing government leaves clear numbers, useful for a future comparison. Of the 196 billion euros envisaged by the Recovery, 127 will arrive as loans. Of these 127, 74 (almost 40% of the total sum) will go to finance existing projects, replacing “Italian” loans with “European” loans, thus bringing only a small saving in interest – the EU sums being at slightly lower rates – but without an additional impact on growth and employment. The remaining 53 billion in loans, to be used on “new” projects, and therefore actually capable of generating additional growth, are proposed to be spent in the second three-year period, from 2024 to 2026, too late.

In addition, the Conte government planned to allocate only 70% of the resources to public investment, leaving a share of 21% to incentives, and this despite the correct statement contained in the National Recovery and Resilience Plan (PNRR) itself that “public investment, compared to measures to encourage private investment, generates a multiplier effect on production and employment much more favorable and durable”. Why then only 70%?

It is therefore clear that Draghi’s success will be measured primarily by his ability to: 1) move the 74 billion from resources on “old” projects to “new” projects, 2) bring forward to 2021-23 the start of expenditures related to the 53 billion dedicated to new projects, 3) bring the share of investments to at least 90%.

However, a doubt arises. How come the Conte government has not used all the resources borrowed from Europe for new investments and has in any case postponed the start of use for that “productive” part dedicated to new investments until 2024? Simple, because Europe “asked” for it. In fact, as stated in the PNRR itself, “the decision to use part of the PNRR funds to finance certain policies and individual projects already in place, in line with European priorities … and in line with European Regulations, becomes necessary in order to ensure compatibility with the objectives of medium to long term financial sustainability that the Government adopted on October 5 with the NADEF”. Indeed, the Update Note to the Economic and Financial Document contains the commitment of the previous Government to reduce the deficit-GDP ratio from 10.8% to … 3% (a non-random number, dear to the Europe of

Therefore, quantitatively speaking, Draghi’s success in what has just been said will be measured by his ability to convince Europe that greater deficits, through a much more gradual (to 2026?) return to the 3% target, are not only necessary but essential for the recovery of our country; deficits to be allocated to spend European loans not on projects already in existence but on new projects. In his speech to the Senate he showed that he is very clear about the challenge involved: “the share of additional loans that we will request through the main component of the program, the Instrument for Recovery and Resilience, will have to be modulated according to public finance objectives”. But modulated in what direction? The answer will be decisive for the fate of the country.

On the “how”, it is good to start from a well-known evidence, confirmed by a study of the Bank of Italy that Mario Draghi governed years ago. In an Economics and Finance Notebook from late 2019, Busetti and 5 co-authors had the opportunity to emphasize how with the increase in public investment spending realized in deficit, a reduction in the public debt-to-GDP ratio is generated through the increase in economic activity that follows. However, there is one condition: that there is no “unproductive waste”, i.e. that the quality of investment-related expenditure is guaranteed. A result that matches the European emphasis on Italy to spend a significant part of Recovery funds towards achieving greater “administrative capacity”.

Well, it is well known that the Conte Government in its PNRR devotes to the “strengthening and enhancement of human capital” of the Public Administration the paltry sum of 720 million euros, or about 0.3% of total European funds, about 200 euros per public employee! It is unthinkable to entrust the huge sums allocated to new projects, tenders and inspections without allocating essential resources for new (young) designers, single procedure managers and inspectors. Only if at least a 5% of the resources, 10 billion euros, so far inexplicably dedicated to incentives, will be redirected to investments in human capital, it can be hoped that public investments in European sums (loans and grants) will be realized and not wasted, ensuring growth, employment and reduction of public debt-GDP. This is the last but perhaps the most challenging of the dimensions on which we will have to measure whether Draghi and

his team have differed, at least in their starting intentions, from the Conte government. We will find the answer in the spring Economic and Financial Document.