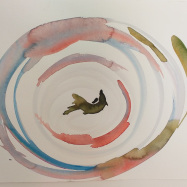 Economists Olivier Blanchard, Alvaro Leandro and Jeromin Zettelmeyer (BLZ) raised the bar of the debate on the EU rules on fiscal policy by asking for a significant Treaty change. It was ample time. Their paper has the pleasant feature that close to none others have when debating about the issue: simplicity, pragmatism and thinking «big». And when you have these three cornerstones for your argument one thing is for sure: you are bound to reject not just the current EU fiscal rules but the whole debate currently taking place regarding their reform.

It is easy to point out where the key logic of the argument of the three authors lie. The environment in which these rules happen to operate has proven to be much more complex than expected, to the point of turning fully unpredictable (so called «Knightian uncertainty»). This must be considered in any meanigful reform. In particular, as mentioned by the writers, when you have too many contingencies rules don’t work, and this is one such relevant case of failure. EU rules need to go and, with them, specific numbers and thresholds. We agree.

But to shift from causes to remedy is not always as easy. And some of the solutions proposed by BLZ have a very similar flavor to the one they themselves criticize, as when they argue for standards, «qualitative prescriptions that leave room for judgment». Rules are things like «drive at less than 50 km per hour», they remind us, standards things like «drive safely». Would standards work in the European fiscal environment?

To answer this question we should ask ourselves: why were these rules introduced in the first place? Blanchard’s answer is crystalline clear: «because there was no trust in some countries and there are potentially negative spillovers» from lack of public debt sustainability in these same countries. By the way, we may point out that this environment is still with us today. But this reasoning carries a logical implication: if rules fail, we should not just ask ourselves « what should replace rules» but rather «what should replace rules in an environment with no trust and the perception of negative spillovers?», one like the European one?

Once you ask this, you may well understand why switching from rules to principles or standards (« drive safely »), as recommended by the authors, may not work at all: how safe would I feel in a highway where I think «rascals are behind the wheel» once I told them to drive safely ? Not at all.

New Zealand, quoted by BLZ himself as the right successful example of the application of the so-called standards or principles, is again the wrong case for our issue at hand. In New Zealand, culture and values are homogeneous: an issue of lack of trust does not exist or is certainly not bound to be large.

But there might also be another answer to the question as to why these rules were introduced: by mistake, aiming, that is, at the wrong goal. Instead of pursuing the sustainability of public debt, one could claim following the advice of BLZ to «think big», that rules should have focused on the sustainability of Europe and of its political project.

BLZ do not agree, as they seem to choose standards that have a similar goal of the rules they criticize. They recommend as an example of standard, rather than the current numerical rules, that «member states shall avoid excessive government deficits». Blanchard claimed that with such standards instead of rules we would have had in the past decade «a bit less austerity» for sure. This might well be the case. But the point is a very different one: in the face of two very unpredictable and very large crises, Italy and Greece would not have needed in the past 10 years a bit less austerity: they would have needed a full-blown expansion, sustained by deficits financing public investments able to achieve, through their impact on growth, not only a more sustainable public debt than the one that sky-rocketed thanks to austerity itself but, even more importantly, a sustainable political majority in favor of a European project.

So, where does this leave us? Rather than a standard, what is really needed to save Europe is a mechanism: that does not require mutual trust to operate, that does not carry the burden of expected negative spillovers and that encourages expansion when needed in case of an asymmetric shock in one country. Who shall we turn to for a solution? History.

If we were to interrogate it, we would find out that never, in the history of human kind, an experiment of federalism in a currency area made of different nations has been built like the current EU one: neither on rules nor on standards. The ones we are aware of, and mostly the United States one, have seen their fiscal federalism evolve slowly over time toward greater and greater trust and a common culture across different states. During its lengthy transition, US fiscal stabilization policy, initially left to the autonomy of the single states, ended in the hands of Washington DC (moving contemporaneously toward a system of balanced budget rules for states) with embedded mechanisms of solidarity for those who suffer. This became possible only when the USA became truly united under the flag, during the New Deal.

So what the EU needs now is something very simple, even simpler than what recommended by BLZ: allow for an autonomous fiscal policy for each member State, with a credibly enforced no bail-out rule and where each single member state will, in times of trouble, be able or unable to tap markets with its own deficits at its own (and market’s own) risk.

Italy and Greece do not need a solidarity that without (a yet to be born) common brotherhood is anyway yet to come: they need to have what the US states had in the XIX century when hit by an asymmetric shock: power to operate while being made accountable for the use of the money they would borrow. This is the best way to ensure that neither debt rules or standards will vanify the project of those who think big for the future, a future with a resilient and progressive United States of Europe at the center of the global governance of the world.